Several Jobs I Worked At Before Starting My Writing Journey 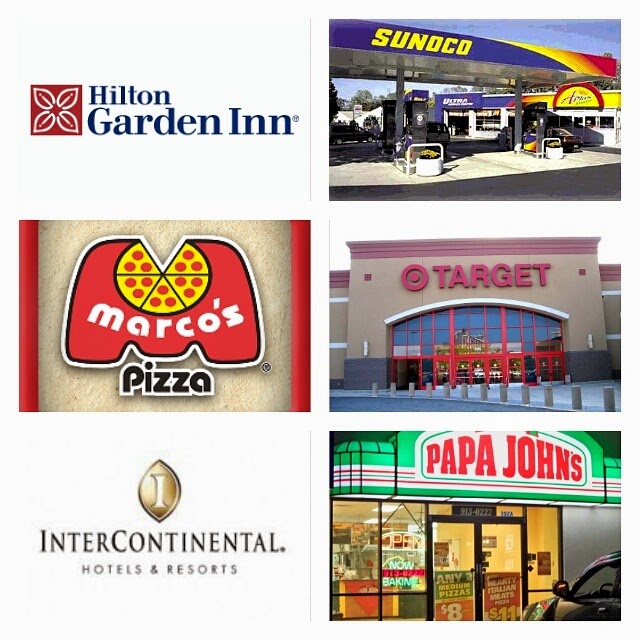 Prior to living my childhood dream as a full time author, I led a pretty unenthusiastic life back in my hometown, Cleveland, Ohio. After dropping out of college, I had no idea which direction my life was going to go in. I was twenty-years old with bad credit, no degree, and no long-term goals. Plus the only real work experience I had was dancing at local gentlemen's clubs. I did that for three years until I finally grew tired of the drama and lifestyle. Yearning for a fresh start and something new--and a bit more safe--I began job hunting for available positions. At the time, I was twenty-one and had just gotten my first apartment--though I could barely afford to pay the $400 rent.

Sunoco in Maple Heights, Ohio was my first real job after climbing off the pole for good. Two days a week was all the manager could afford to give which netted in no more than $200 every pay period. Needless to say, I couldn't survive off such meager funds so I quit after several months and found my next position with Intercontinental Hotels. A housekeeper was not the chosen path I wanted, but the income was more than enough to get by. With no vehicle for transportation, I woke up everyday at 5 a.m. sharp and caught two buses to get to downtown Cleveland.

With my second paycheck, I finally brought a car; a burgundy '96 Buick Regal. It didn't look like much on the outside but it got me from point A to point B, and it was much better than having to catch the RTA in the winter blizzard.

I stayed with Intercontinental for about two months before quitting. Although the pay was decent, I honestly wasn't happy or fulfilled in life. I bounced around a few more jobs before finally figuring out that working a 9-5 was not for me.

Punching out of the time clock for good, I picked up a pen and paper and decided to pursue my childhood dream of becoming an author. It was 2011, and initially, my plan was to get picked up by a major publishing company like Triple Crown. However, after doing a few searches on Google, I quickly discovered Amazon's self publishing platform, KDP. Eager for the world to discover my stories, I anxiously uploaded my debut novel "Nobody's Perfect Angel." It took me about two months to write, and is a story chronicling the life of a young, naive girl named Angel who fell into the hands of a ruthless pimp. I was inspired to write the book after meeting a few females during my dancing days who had pimps of their own.

Words couldn't express how happy I was to finally have my book available for actual purchase. However, my entire world came crashing down when I received my first bad review. Unable to accept the criticism, I removed my novel and nearly gave up on my dream after believing I wasn't good enough. Yet after sulking for a few days, I finally got out of my funk, re-edited and re-structured "Nobody's Perfect Angel." Still unsure about releasing it, I continued on with my next project titled "My Brother's Keeper". After some well-received praise, I went ahead and published it, labeling it as my debut novel. Next, I re-released "Nobody's Perfect Angel" (now called "THOT"), and it has been a major hit with the readers since :)

Nearly, three years later, I'm so elated that I pushed through and kept going. If there's any advice I can give to other authors and aspiring authors, it's this. Please don't be discouraged by negative or less than favorable reviews. Use the criticism to your advantage and learn from your mistakes. You can only grow from there :)
Posted by Author Jade Jones at 1:58 PM